Kaln is a fairly large pastel painting I worked on to auction, with all proceeds going to the Barn Owl Centre in Gloucester in the UK. I found the Barn Owl Centre on twitter and as a bit of an owl geek, I very quickly became an avid fan of one of their European Eagle Owls called Kaln. This small charity not only provides a safe haven to many birds of prey, but also has a purpose-built workshop on site where they build nest and wildlife boxes that are supplied across the UK and abroad to aid conservation.

Kaln was painted from one of the Barn Owl Centre's own photographs.

I'm delighted to say that the painting was snapped up and now resides in Texas, USA. 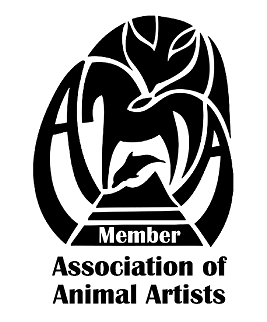